We’re chugging away into month 2 with our Alpha Testers. We’ve received some great feedback from the individuals who have been using the application so far, and we’re looking forward to more suggestions and tweaking comments as our valued users continue to plug away. In light of this, and after having read an article at Duct Tape Marketing from April of last year, I’ve revisited a series of thoughts about social media, and the usefulness of it in establishing a solid base for referral business.

Social media is a term used to describe the type of media that is based on conversation and interaction between people online. It’s a hip term these days if you’re in the know, but there’s still a surprising number of professionals who’ve yet to embrace it, which is a shame, because business interaction has changed dramatically even in the last 5 years, and in many ways, social media can be one of the most effective means of building a network of individuals who will refer you business if done properly.

We’re working on adding an element to Hello Referrals that introduces the ability for the user to tweet when the passage of a referral has occurred – whether received or sent. We’ve been tweeting collectively via @helloreferrals, and I tweet independently for my business, Standard Media Services, at @standardmedia. I’ve taken the time to build up a follower base that is by no means huge compared to some people, but that I’ve taken a great deal of effort to ensure is based on quality followers that are a combination of people I know or who work in a complimentary industry. I’m committed to my social media platform as a key component to my referral marketing initiative and its been paying off. Some of my followers are people that I meet at my weekly BNI meeting, and who’ve also embraced the referral marketing philosophy, and I make an effort to meet as many of my followers face to face as I can. As a result, I’ve generated over $5700 of referred business via Twitter since January. This is business that would not have been on the books otherwise. These referrals represent my network of followers picking up cues on Twitter for other users who required the products or services that I provide.

What I like about Duct Tape’s article is that it emphasizes a point that is key to all successful referral marketing exercises – the more social and connected you are, the easier it is to refer you. If you create a sense of community, which is the essence of social media, and put your business out there, your referral partners are introduced to a heightened element of visibility and communication. With that said, it’s not as simple as just starting or having a blog, or even just signing up for a Twitter account. It’s also not as simple as going bananas with your blog or through your tweets and obsessively updating them daily with content that is simply selling, monopolizing the soapbox, or speaking in a one way direction. You need to engage. Your commitment to the medium is key to your credibility inside of it. Discuss and create high value dialogue about your industry and what you can do for people. Create chatter about a positive experience you’ve had or suggestions you think are sound. The consistency with your maintenance of a social media strategy is as important as the referrals you receive from it.

How has social media benefited your business? What kinds of successes have been introduced to your referrals as a result of it? What are some of the strategies you employ? Share with us, and leave a comment….

Are You New to Referral Networks and Referral Partnerships?

Establishing Your Referral Marketing Base

Using Linked In To Establish Your Referral Network

The Power of The Business Referral – Riding Out The Recession 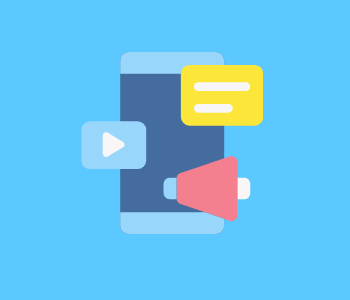 What are the Benefits of Referral Marketing?